In the San Francisco Chronicle, organizers with the Young Women’s Freedom Center shared their direct experience with the juvenile justice system, calling for a shutdown to San Francisco’s Juvenile Hall. They called on community leaders, elected officials and organizers to “work together to close juvenile hall and, in its place, create an approach that is grounded in community care so our young people can be healthy, safe and thriving”.

A New Addition to Change 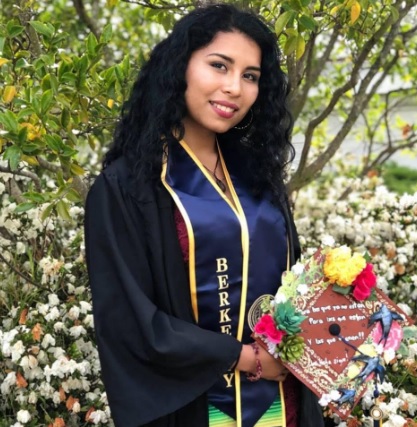 We’re excited to welcome Dulce López to the Change team as the Operations and Communications Coordinator! Dulce is eager to utilize her skills to advocate for social justice. The systematic inequality that Dulce experienced as an immigrant from rural México, motivates her to learn, respect and make visible the voices of underrepresented communities in order to create a world that fits many worlds.

Previously, Dulce worked as the Marketing and Communications Assistant at the Haas School of Business. Her path in socially-driven organizations began after Mexico’s Ayotzinapa case in 2014 when Dulce co-funded and managed Communications for a binational organization that worked towards justice in Latin America. She also served on the Marketing and PR team for the activist collective, Art For Social Change, the MCCLA, and the center for culture and alternative education, FARO de Oriente in México City.

She graduated from UC Berkeley with a Media Studies major and a Practice of Art minor focusing on politics and culture.

Up Next
On April 23, high school students from schools across LA will testify at the Los Angeles Unified School District Board of Education meeting  to support a resolution to research the feasibility of a 2020 ballot measure expanding the voting age to 16 in LAUSD Board elections. A statewide poll commissioned by Power California in 2018 showed how young people, and young people of color in particular, were ready to get involved in the political process. Data reveals a significant boost in turnout among young voters: more than three times the number of 18 to 24-year-olds voted in 2018 versus in 2014.