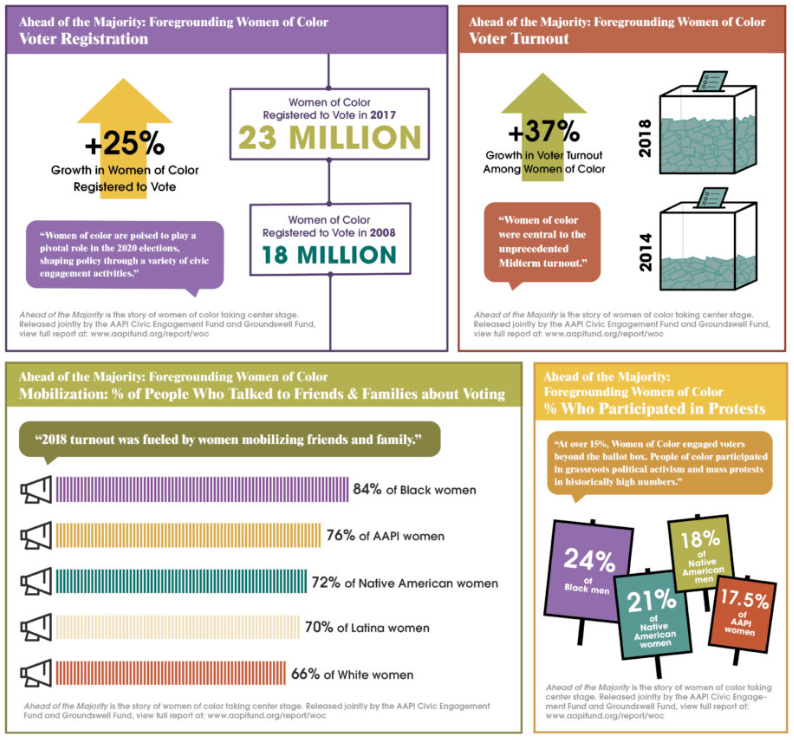 Why Trump Fears Women of Color: EunSook Lee, director of the AAPI Civic Engagement Fund and Taeku Lee, professor of political science and law at the University of California, Berkeley published a New York Times op-ed on the release of a new report. Ahead of the Majority uses recently released census data, polling data from the 2018 midterm elections and interviews with community organizers to illuminate the political power of women of color. Additional coverage in AsAm News.

San Francisco’s move to close its juvenile hall by 2021, the result of decades of advocacy by the Young Women’s Freedom Center and other community based advocacy organizations in the city to stop the criminalization of young people of color, is inspiring communities across the country to rethink how to treat kids who commit crimes. KQED’s Marisa Lagos spoke with Young Women’s Freedom Center’s Leticia Silot about the landmark decision for NPR. 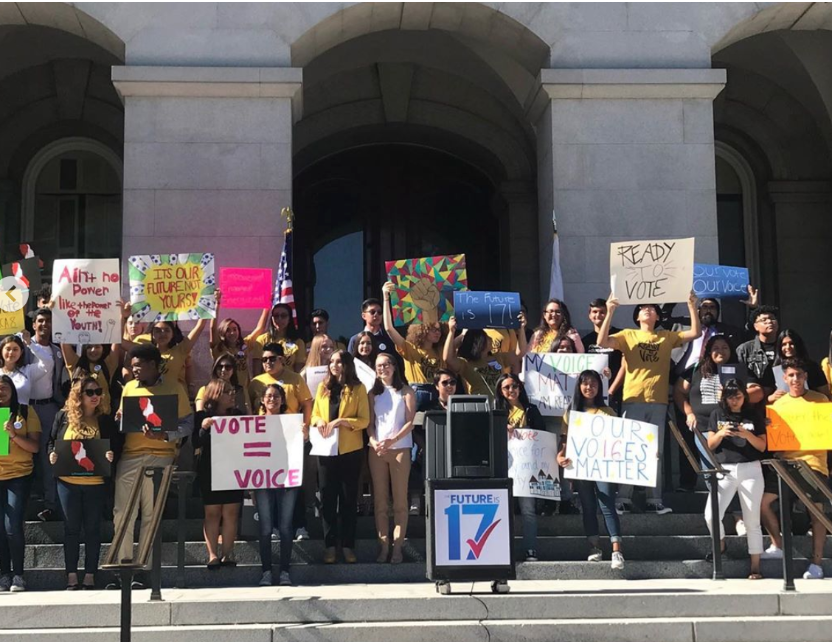 Power California, led by Vote At 16 organizer Tyler Okeke and the Office of Assemblymember Evan Low, went to Sacramento this week for ACA 8 Advocacy Day this week to say that young people are #readytovote. Read more about the movement to expand voting rights to 17 year olds in California at MTV.com.

What We’re Reading:
Like so many across the world, we were devastated to learn about the loss of Toni Morrisson last week. We read this remembrance from Toni’s friend Hilton Als about her genius and prescience.

Coming Up:
With the Gameheads Student Showcase a week away, we are warming up our gaming skills to try out the games the young people have created, like High Sidin’ about side shows in Oakland, or Illuminate, which follows a lightbulb separated from his family through a gentrifying san Francisco. You can try them out too, RSVP now at bit.ly/GH5thAnnualShowcase