The ACLU of Northern California developed “Gold Chains” to uncover the hidden history of slavery in California in the 400th year since the enslavement of people of African began in the United States. As part of the public education campaign, “Gold Chains” partner KQED will roll out stories from the project over the next few months, starting with the story of Mary Ellen Pleasant, hailed as the mother of civil rights in California, and the history of a Federal Courthouse in Los Angeles that was a slave market in the 1850s on the California Report.

After nearly a decade of fighting to end the dangerous and dehumanizing practice of late-night jail releases, directly impacted Californians, their families, communities and allies are one step closer to ending the deadly practice. The Young Women’s Freedom Center announced this week that Governor Gavin Newsom has now joined the campaign and has stepped into an important leadership role to help us late night jail releases once and for all. 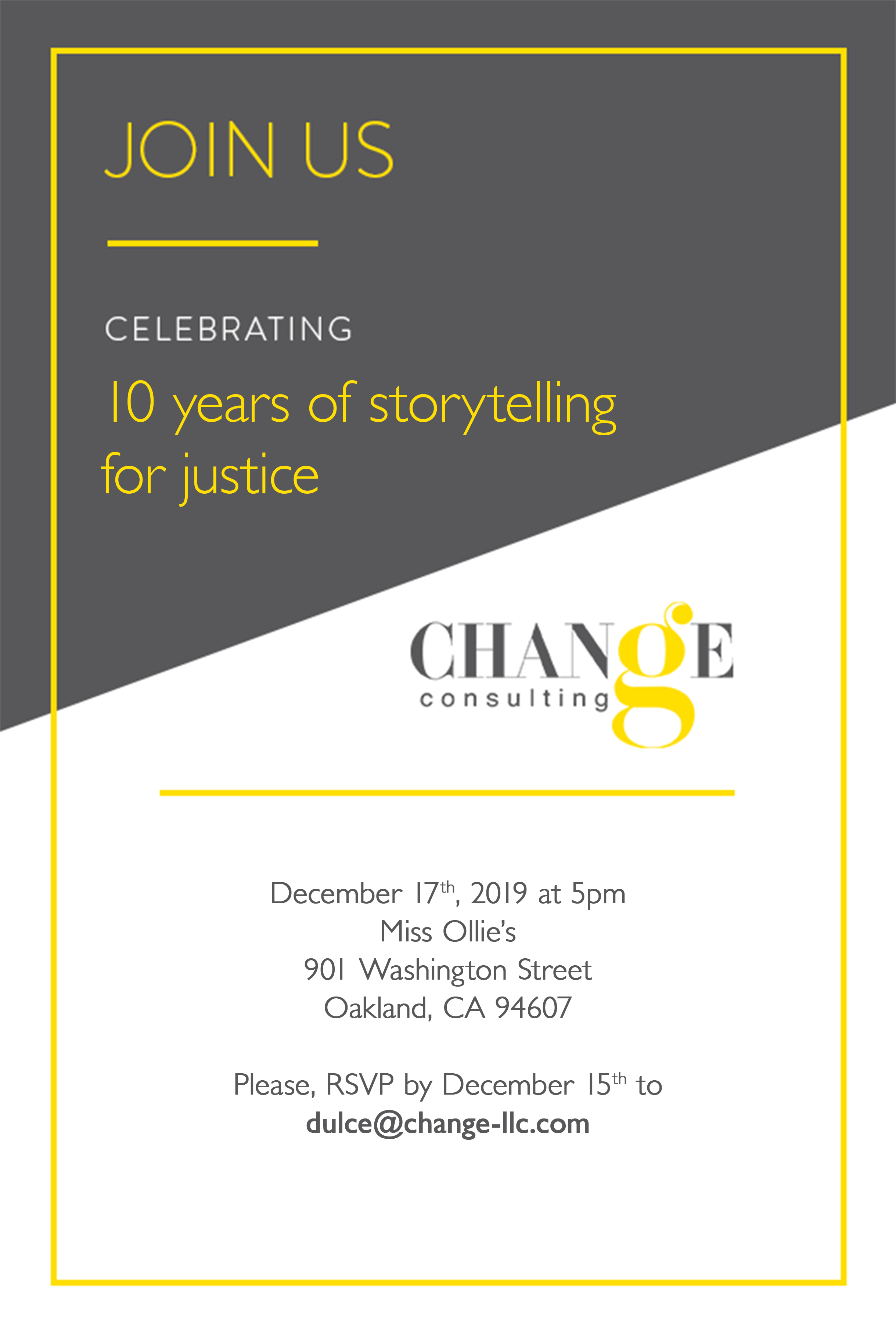 Join us next week for our anniversary celebration to commemorate 10 years of storytelling and communications for justice! We’ll have music from DJ Emancipation and some good food at Miss Ollie's. Families and friends are welcome! RSVP by emailing dulce@change-llc.com.