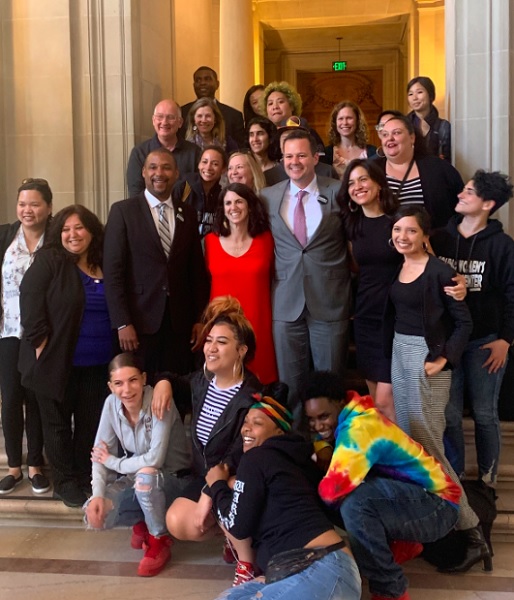 San Francisco made history as the Board of Supervisors voted 10-1 to shut down the city’s juvenile hall by 2021. The decision was a major victory for young people, community leaders and organizations like Young Women’s Freedom Center as the city became “the first major city in the country to shut down juvenile hall in an effort to eliminate the jailing of children”. Reactions to the vote, and what this closure means to those that have been impacted by the institution, were featured in SF Chronicle, Teen Vogue, SF Weekly, NextCity and Huffington Post.

Change We Applaud
“We set out to prove that black people are not a monolith — we are diverse and have a range of experiences.” Alicia Garza, founder of Black Lives Matter Global Network and head of the Black Futures Lab, shares with The New York Times the outcomes of the Black Census Project, the largest independent survey of black people ever conducted.