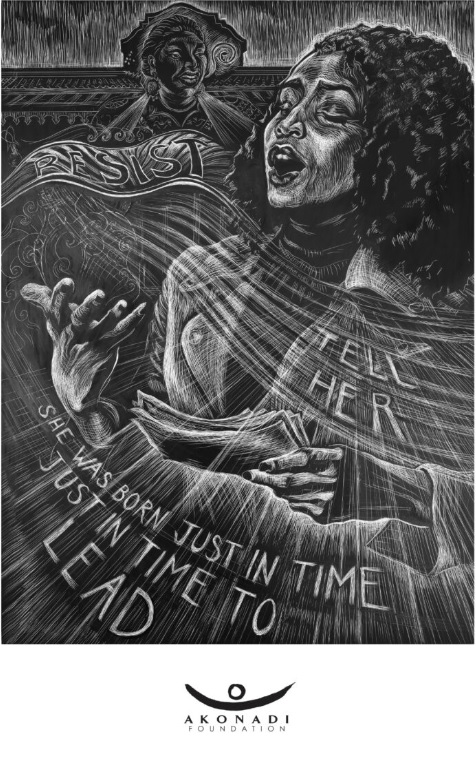 Akonadi Foundation unveiled its 11th annual Racial Justice Poster Project design by Chicano movement leader and Bay Area artist and teacher Juana Alicia. The poster, entitled “Tell Her”, features poet and Oakland native Chinaka Hodge presenting her poem, “What Will You Tell Your Daughters About 2016?”, a call to arms to resist the rising fascism, racial hatred, misogyny, and white supremacy of the current era. The Racial Justice Poster Project is one approach the foundation uses to honor and inspire racial justice movement building in Oakland and around the world.

Amplify Fund announced that it is expanding its support for power building and equitable development to four additional places.The pooled fund, launched by thee Neighborhood Funders Group, will now be focused on a total of eight places - Nashville, Pittsburgh, South Carolina, North Carolina, California, Missouri, Puerto Rico and Nevada - to support organizing  in communities of color and low-income communities to develop solutions for long-standing inequities.

Celebrating Women
In light of Women’s History Month, we want to acknowledge all of the remarkable folks who are bringing their passion, dedication and love to the world. We’re so proud of our founder and principal being featured and acknowledged for her leadership, vision and bringing the “secret sauce” of communications to the work of so many changemakers.

What We’re Reading
This year’s Prison Policy Initiative’s annual report,  “Mass Incarceration: The Whole Pie 2019”, captures the data behind the 600,000 people entering the prison system each year and “provides clarity around how many people are locked up, where they are being held and why they are behind bars”. It also examines juvenile and immigrant detention, as well as the racial disparities within the corrupt the system.