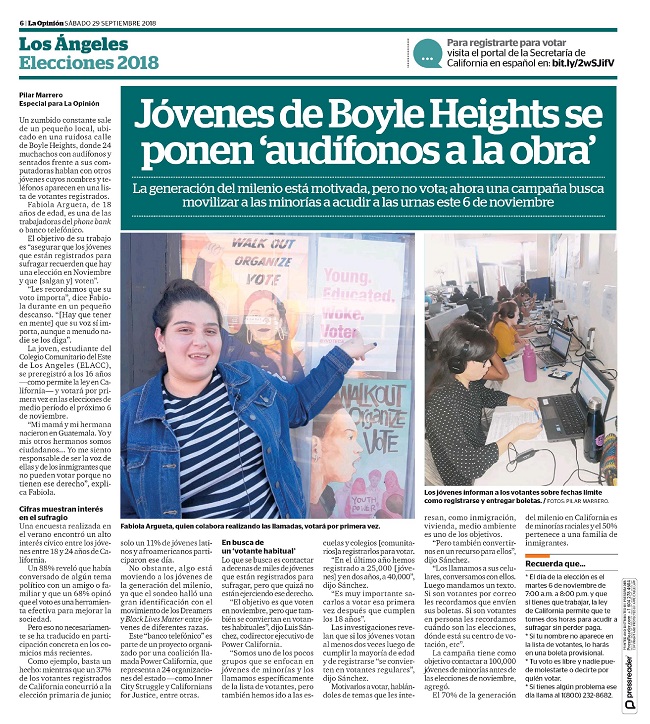 Power California continues their campaign aiming to reach 100,000 young voters statewide to make sure they are registered, and ready, to vote for the mid-terms. La Opinion [above], World Journal.

With the anniversary of the devastating 2017 North Bay Fires next week, Northern California Grantmakers commissioned a report to explore the impacts of the fires on the arts community in the region. Press Democrat, Inside Philanthropy.

KQED talked to some of the artists profiled in the Northern California Grantmakers report for their perspective on the destruction of the fires and the long road to recovery.